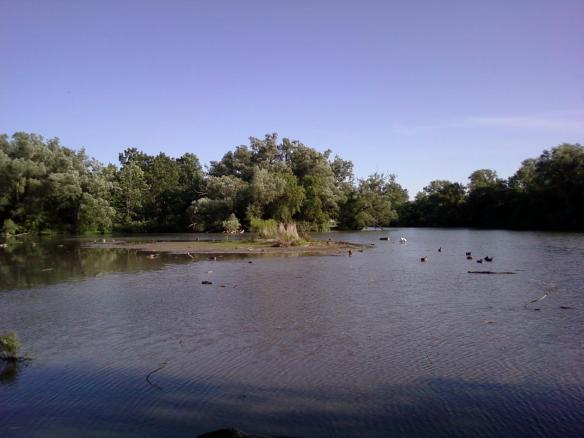 This is another story that some of my blog readers may already be familiar with as I wrote about Lester Levenson in an article I posted on my other blog, Miracle Mama.

Lester experienced a serious heart attack when he was forty-two years old. The doctor’s told him there was nothing they could do for him and sent him home with advice telling him not to exert himself. By my calculations that would have occurred in 1951.

Deeply depressed, Lester thought about ending his life. Thankfully, he began to contemplate the meaning of his life. Lester wondered, “What is happiness?”

He pondered all of his past relationships and incidents where he was happy and it dawned on him, “Happiness is when I am loving!”

Lester noticed that when he was unhappy he felt a lack of love and expected others to make him feel happy and loved.

During his contemplations he noticed times when he felt hate toward others. Lester wondered if he could turn this hate into love toward the other, not for the other, but for himself.

Over the course of a few months, Lester dissolved all of the hate and negativity he harbored from past scenarios. He worked at dissolving all of his resentments and hurt feelings.

He worked through his entire life bit by bit and as he did he became stronger and stronger, happier and happier.

Within three months, Lester had released so much of his negativity that he experienced a blissful state of joy that made him feel light and everything became extremely beautiful.

Lester continued to work with the blissful state until he fell into a state of undisturbed stillness and quietness where he found the essence of every living thing − Beingness. “Everything was It; every person was It.”

Do you know of stories like Lester’s and Anita’s? Do you experience or has anyone you know experienced the state of Beingness as described by Lester and Anita?

Information update:  I’ll be taking a short break from the blogosphere for a few days to focus on my spiritual practice, health and catch up on some work.Will let you know how thing go when I get back later in the week. Thank you so much for accompanying me on this journey to learn about love. I really appreciate it! Wishing you a wonderful love-filled week.